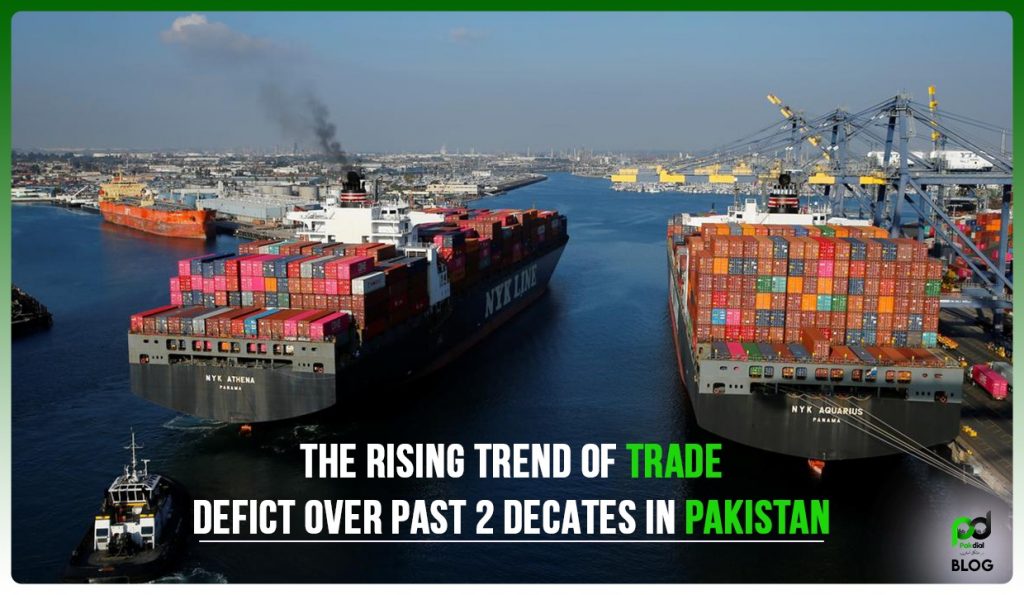 Pakistan’s economy relies mostly upon its trade with different countries. The statistics show a great deficit in these merchandise trade activities under the governance of Pakistan Tehreek-e-Insaaf, with the imports worth $60.8bn, however export earnings were just $23.2bn in the past 2 years.

Apart from merchandise import and export, Goods and other commodes also reflect massive trade deficit, risen over the past 3 years. Specifically, in the year 2018-2019, the deficit fell to $31.8bn, and then to $23.2bn in 2019-2020, an apparent rise again to $31.1bn in 2020-2021. Eventually, in the mid of 2021, the deficit skyrocketed to $7.5 billion due to a phenomenal increase in imports as compared to exports in Pakistan. PTI Government introduced tariff barriers with a correlation of policymakers in their first year of governance included incentive packages for exports and have asked the government officials to forecast the trade on monthly basis, this initiative has not been sustained over time. 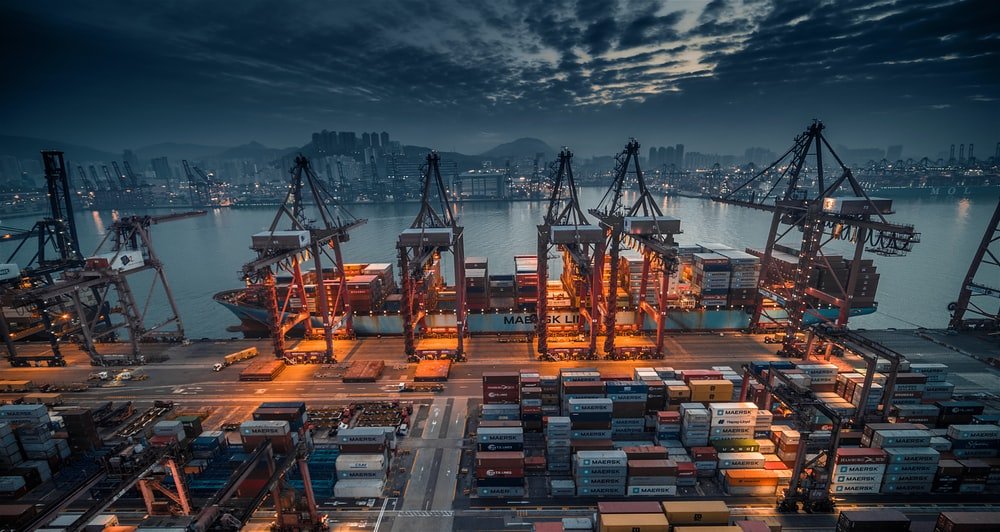 As a result, Pakistan is witnessing a continuous rise in imports, because we do not have a feasible foreign trade model in Pakistan to follow. That is the reason why we are hopping on such great deficit figures in our foreign trade. In order to cope with the situation the policymakers need to find a quick solution to the problem, else there will be a GDP collapse soon.

Back in the era of General Pervaiz Musharraf, Pakistan attracted a very humongous amount of foreign investment around USD 15 billion. Foreign Direct Investment did play a significant part in elevating the Pakistan Stock Market. But the pro-west policies followed by Gen. Musharraf finally came to an end when Pakistan People Party took the government and Ex. Prime Minister, Asif Ali Zardari did very little effort for domestic investment. Policymakers of the Zardari governance did not foresee the eventual outcome of their foreign trade strategy, as a result, all the foreign investment brought into Pakistan and the GDP mark, dropped down to a tipping point over the tenure of 5 years of PPP Government.

Post PPP Era and Pakistan once again dealt with an unmatchable trade deficit under the anticipated governance of PML-N. Policymakers of the Nawaz Government failed to forecast the adequacy between imports and exports, especially since this deficit rose further after the launch of the China-Pakistan Economic Corridor (CPEC) in 2017-18.

Pakistan Tehreek-e-Insaaf did not change the course and followed the same pattern by increasing the trade deficit. This foreign trade deficit has made the decision-makers to slowed down the China-Pakistan Economic Corridor (CPEC). 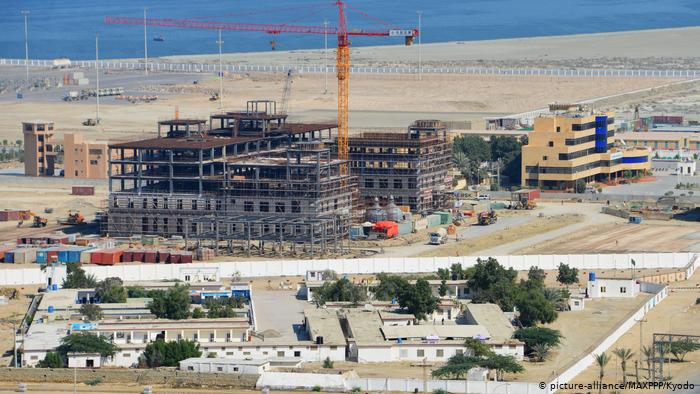 These in-competencies and discrepancies in the system and the accountable individuals have brought us back to square 1. Consequently, the Pakistani currency is getting weaker and a great downfall can be seen in GDP as well as in FDI in Pakistan.

In the past 2 decades, Pakistan has been taken for granted, lack of sustainability in our political system has weakened the roots of an alarming situation. Political jeopardy has not just made the country weaken economically but also has devastated the infrastructure entirely.

The foreign trade model can only work best for a country if the imports are utilized well enough to generate value-added exportable items to increase the profit ratios for exportable goods.

In order to increase the exports, the government needs to focus on indigenous production of goods and services at a large scale with the use of the latest technology and expertise to create value additional exportable goods. The policymakers should introduce lenient policies for local manufacturers, subsides them so that productions can be again re-engineered, especially after the great pandemic when local industries are shallow.

Indeed, Pakistan’s foreign trade model has some structural flaws that make it difficult to sustain export gains over a long time. This can be rectified with adequate policies and planning to promote domestic quality production, the best utilization of imported goods to make value-added exportable items, and local industry revival as soon as possible to break even this gloomy situation with trade deficit followed by lack of FDI in Pakistan.